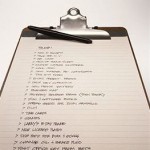 Social Media Examiner in their 2010 Social Media Marketing Industry Report says the #1 question people ask is “How do I measure social media return on investment?”
Business measurements abound in social media to determine return on investment and they’re worth considering since only 18% of traditional advertising campaigns ever generate a positive ROI (source: Nielsen).
I asked friend and colleague, David Berkowitz, Senior Director of Emerging Media and Innovation at 360i and blogger at Inside the Marketer’s Studio if I could re-post his blog, “100 ways to measure social media.” This post contains enough measurements to prove to even the most discerning examiners, measurements for social media ROI are there.
David published this post 9 months ago but it’s just as relevant today, maybe even more, because:

In fact, with 100 measurements, maybe the question really isn’t  “How do I measure social media return on investment?”  But is: “What is your business strategy to prove ROI by its most relevant measurements.”
Many thanks to David.  At the end, there’s a presentation of “100 ways…” you can download but there won’t be a test – not interested in grades, just results.

________________________________________________________________________________________
100 Ways to Measure Social Media
By David Berkowitz
If there’s anyone out there left who says you can’t measure social media, here are a hundred answers.
At most of the events I’ve been to lately, measurement continues to be a hot topic. The first question that comes up is, “What can I measure?” That’s where this cheat sheet can come in handy: a list of 100 thought-starters.
Some entries here can be interpreted several ways. Depending on how you define them, some of these metrics may seem redundant, while others may seem so broad that they can be broken out further. Many of these can be combined with each other to create new metrics that can then be tracked over time. It’s a start, though, so dive in and consider which ones may apply to programs you’re working on.
1.     Volume of consumer-created buzz for a brand based on number of posts
2.     Amount of buzz based on number of impressions
3.     Shift in buzz over time
4.     Buzz by time of day / daypart
5.     Seasonality of buzz
6.     Competitive buzz
7.     Buzz by category / topic
8.     Buzz by social channel (forums, social networks, blogs, Twitter, etc)
9.     Buzz by stage in purchase funnel (e.g., researching vs. completing transaction vs. post-purchase)
10.  Asset popularity (e.g., if several videos are available to embed, which is used more)
11.  Mainstream media mentions
12.  Fans
13.  Followers
14.  Friends
15.  Growth rate of fans, followers, and friends
16.  Rate of virality / pass-along
17.  Change in virality rates over time
18.  Second-degree reach (connections to fans, followers, and friends exposed – by people or impressions)
19.  Embeds / Installs
20.  Downloads
21.  Uploads
22.  User-initiated views (e.g., for videos)
23.  Ratio of embeds or favoriting to views
24.  Likes / favorites
25.  Comments
26.  Ratings
27.  Social bookmarks
28.  Subscriptions (RSS, podcasts, video series)
29.  Pageviews (for blogs, microsites, etc)
30.  Effective CPM based on spend per impressions received
31.  Change in search engine rankings for the site linked to through social media
32.  Change in search engine share of voice for all social sites promoting the brand
33.  Increase in searches due to social activity
34.  Percentage of buzz containing links
35.  Links ranked by influence of publishers
36.  Percentage of buzz containing multimedia (images, video, audio)
37.  Share of voice on social sites when running earned and paid media in same environment
38.  Influence of consumers reached
39.  Influence of publishers reached (e.g., blogs)
40.  Influence of brands participating in social channels
41.  Demographics of target audience engaged with social channels
42.  Demographics of audience reached through social media
43.  Social media habits/interests of target audience
44.  Geography of participating consumers
45.  Sentiment by volume of posts
46.  Sentiment by volume of impressions
47.  Shift in sentiment before, during, and after social marketing programs
48.  Languages spoken by participating consumers
49.  Time spent with distributed content
50.  Time spent on site through social media referrals
51.  Method of content discovery (search, pass-along, discovery engines, etc)
52.  Clicks
53.  Percentage of traffic generated from earned media
54.  View-throughs
55.  Number of interactions
56.  Interaction/engagement rate
57.  Frequency of social interactions per consumer
58.  Percentage of videos viewed
59.  Polls taken / votes received
60.  Brand association
61.  Purchase consideration
62.  Number of user-generated submissions received
63.  Exposures of virtual gifts
64.  Number of virtual gifts given
65.  Relative popularity of content
66.  Tags added
67.  Attributes of tags (e.g., how well they match the brand’s perception of itself)
68.  Registrations from third-party social logins (e.g., Facebook Connect, Twitter OAuth)
69.  Registrations by channel (e.g., Web, desktop application, mobile application, SMS, etc)
70.  Contest entries
71.  Number of chat room participants
72.  Wiki contributors
73.  Impact of offline marketing/events on social marketing programs or buzz
74.  User-generated content created that can be used by the marketer in other channels
75.  Customers assisted
76.  Savings per customer assisted through direct social media interactions compared to other channels (e.g., call centers, in-store)
77.  Savings generated by enabling customers to connect with each other
78.  Impact on first contact resolution (FCR) (hat tip to Forrester Research for that one)
79.  Customer satisfaction
80.  Volume of customer feedback generated
81.  Research & development time saved based on feedback from social media
82.  Suggestions implemented from social feedback
83.  Costs saved from not spending on traditional research
84.  Impact on online sales
85.  Impact on offline sales
86.  Discount redemption rate
87.  Impact on other offline behavior (e.g., TV tune-in)
88.  Leads generated
89.  Products sampled
90.  Visits to store locator pages
91.  Conversion change due to user ratings, reviews
92.  Rate of customer/visitor retention
93.  Impact on customer lifetime value
94.  Customer acquisition / retention costs through social media
95.  Change in market share
96.  Earned media’s impact on results from paid media
97.  Responses to socially posted events
98.  Attendance generated at in-person events
99.  Employees reached (for internal programs)
100.  Job applications received
There you go. I welcome other entries in the comments. It’s also just the start of the answer to the broader question: “How do I measure it?” Ultimately, you need to start with figuring out your business objectives and then apply these metrics accordingly.