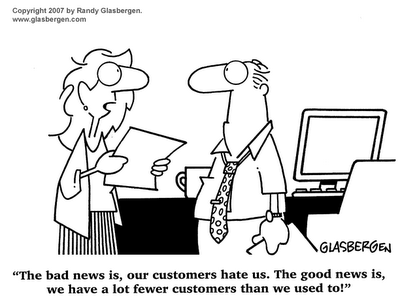 It takes 2X as much to get a new customer as it costs to keep an existing one. Today…

You can do the math but could social media be better at building trust? Here’s what 12 companies learned using Twitter for customer service.

Customer service “is not about being perfect, it’s about the response” said Deborah Mitchell, a clinical associate professor of marketing at Ohio State University, in an interview with Smartmoney.com. “People like to feel like the company was proactive in responding, and bent over backwards to fix it.”
What do these lessons from 12 companies teach you?