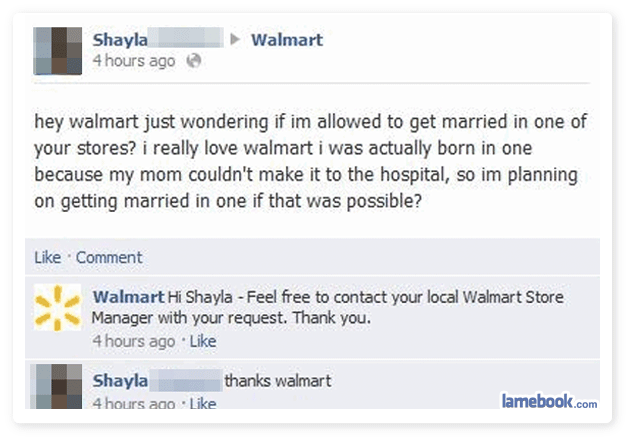 Walmart is the world’s largest public corporation, biggest private employer and largest retailer. It is still a family-owned business.
Walmart also has a big social media presence. Walmart has:

Why? What does Walmart know that the rest of us can learn?
Here are 10 lessons on Walmart’s social media strategy for every business.

Your business is not likely to be the scale of Walmart but these lessons should give ideas on areas you should be thinking about. Are there lessons from Walmart’s social media strategy that apply to your business? Which ones are the most relevant?