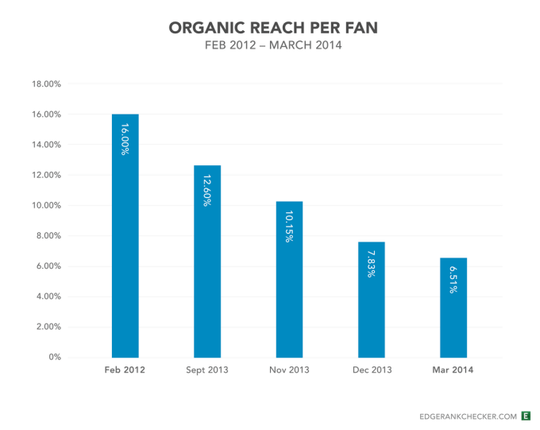 What goes up must come down according to Sir Issac Newton. But Sir Issac never had to buy Facebook advertising.
The gravitational pull on Facebook is not quite as simple. According to Syncapse, who has measured the value of Facebook Fans since 2010, the value of a Facebook Fan went up to $174, an increase 28% in 2013 from 2010. Yet, the organic reach of Facebook went down at a greater rate to 6.53% per Fan according to TechCrunch.
To understand, you should know Facebook measures reach in the following ways;

If the value of Fans goes up but the ability to reach them organically goes down, it means:

Does this explain what goes up and comes down on Facebook to you? Did the facts lead you the same conclusion? Does it change the way you think about Facebook advertising?