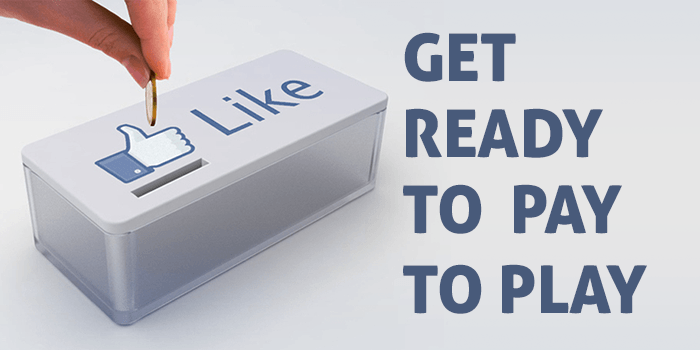 For many businesses, an allure of social media is it’s a free way to promote your company. Seductive thinking. Maybe that’s why 88% of U.S. businesses use social media marketing.
Companies worldwide spent $23.68 billion on social media advertising in 2015, according to eMarketer, a 33.5% increase from 2014. By 2017, social network ad spending will reach $35.98 billion, representing 16.0% of all digital ad spending globally.
Seductive thinking to social networks and their shareholders raising the question: Would a social network favor someone who pays for an ad over someone who posts for free?
Here are 25 facts that show social media is pay to play now.
FOLLOW THE MONEY: Social network revenue from advertising is growing at significant rates.

AD PRODUCTS FOR ALL BUSINESSES: It’s a very sophisticated marketplace. There’s an ad product for every business.

ORGANIC REACH IS DECLINING: It’s getting harder to achieve the same results posting for free on social networks.

SOCIAL MEDIA WORKS: Is social media worth it? The facts say “yes.”