Many companies want consumers to “Like” them on Facebook but are surprised to learn the #1 reason people would be motivated to “Like” them in the first place is to receive discounts and promotions. 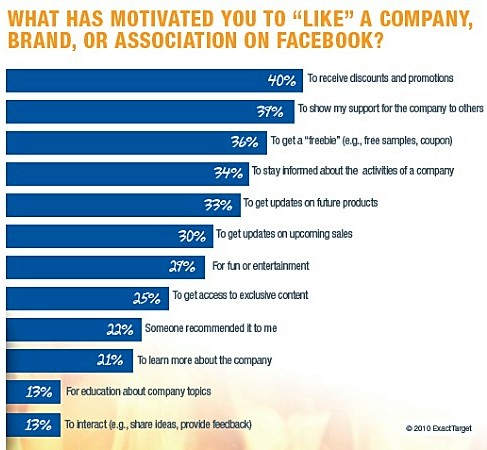 Of all the words to convey a discount or promotion, the word this Black Friday and Cyber Monday that generated the most engagement was “coupons.” (source: Buddy Media and Marketing Profs)

Promotions, discounts and coupons are tried-and-true ways to encourage trial and boost sales volume.When they are delivered in social media, they benefit from sharing and the efficiency of available apps, like Wildfire, that cost a small fraction of traditional methods. In our experience, social media promotions are some of the most effective, affordable and profitable ways to build business and brand advocacy simultaneously.
You don’t have to go to social promotion sites like Groupon or Living Social either. Although effective in some cases, their promotions require you discount your brand by 50%; then, they keep 50% of the remaining half leaving you with 25% of the original price.
Imagination and resourcefulness are more effective and much more profitable. Need proof? Here are 10 case studies that prove Social Media Promotions ROI. 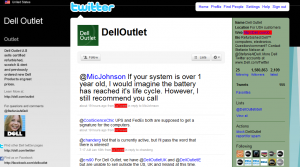 1. DELL: Started @DellOutlet, a Twitter page where they offered products and customer service through Twitter. Then, they integrated coupons. The Twitter page, which was free to set up, generated over $3 million dollar in sales to date and, with the integrations of coupons, accelerated to $1 million dollars within 6 months. 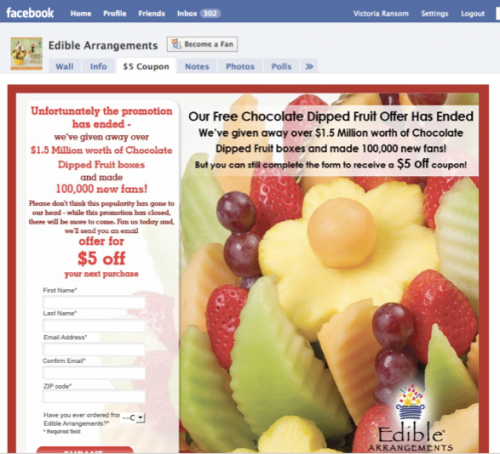 2.  EDIBLE ARRANGEMENTS. Through their Facebook page, Edible Arrangements offered consumers a voucher for free chocolate dipped strawberries. But to redeem the coupon, fans had to visit an Edible Arrangements store providing Edible Arrangements franchisees the opportunity to promote their store to a slew of new customers. This campaign  generated 170,000 new fans and a double-digit increase in sales versus year ago. 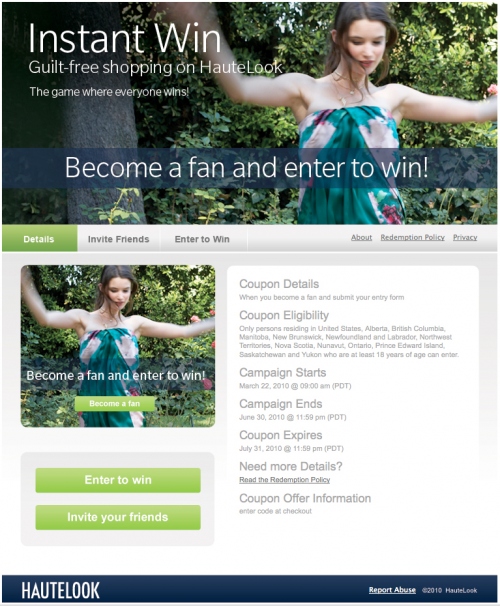 3. HAUTELOOK:  Ran an “instand win” coupon campaign at different values. After becoming a fan of the Hautelook Facebook Fan Page, entrants were presented with a coupon but the value of each coupon was a surprise and ranged from 10% to 20%, and some had free shipping. Not only did Hautelook generate thousands of new fans they also generated tens of thousands of sales in just one day and a return on investment of more than 5x and over 20% of purchasers were first time Hautelook customers.

4. JAMBA JUICE: Gave their customers a choice with “Feel Good Bucks” and a unique coupon code generation functionality. They gave out ‘lucky’ coupons via our Facebook Connect Product and Facebook Fan Page Product that could be redeemed at Jamba Juice stores. When consumers redeemed the coupons they either received $1 off their purchase or the opportunity to win instant or cash prizes of $10,000! Plus, users could send Jamba Bucks to their friends in the form of fun, Jamba-branded virtual gifts like smoothies, bucks, and cartoons. The coupon campaign drove tens of thousands to Jamba Juice stores. 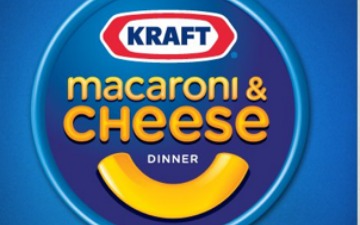 5. KRAFT MACARONI & CHEESE:  Used Twitter to encourage people, in their “Mac and Jinx” campaign, to tweet something with the phrase “mac & cheese” in it at the same time. Once those pairs were identified, Kraft sent both a link. The first one to click on the link and give Kraft her address got five free boxes of Mac & Cheese plus a t-shirt. The campaign took advantage of the real-time nature of Twitter boosting the brand’s Twitter followers by 400% and at one point gaining over 300 mentions of “Mac & Cheese” per minute on Twitter. 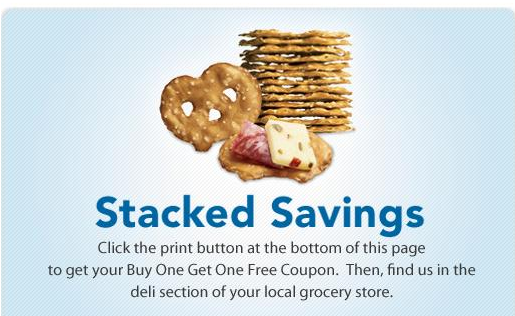 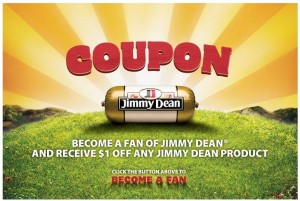 7. SARA LEE: Ran a month-long campaign to promote Jimmy Dean D-Lights sandwiches. Users were offered a $1 coupon on any one package of Jimmy Dean D-Lights 4 count sandwiches, or, if they chose to share the offer with three or more friends, they could receive a $2.50 coupon. There was also a bonus coupon for $0.50 off on Jimmy Dean Breakfast Bowls. The campaign saw over 65,000 visitors in 30 days, and the 64% was through clicks from friend referrals.  The audience reach was primary in the South-Eastern states and referrals were made to people geographically close to each other. The campaign delivers sales volumes and geo-targeting not possible with traditional coupon methods at a small fraction of their cost. 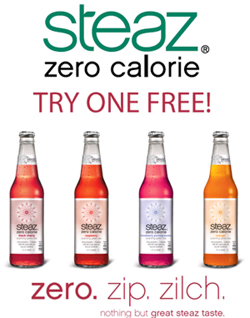 7. STEAZ: Used social media coupons, blogs and Twitter chats to generate a buzz among moms about their organic teas. The result was 250,000 coupon download at a 20% redemption rate. 6,000 blog and social media mentions. 3,000 new fans and followers. Store shelves that were emptied and sales that doubled from the effort. 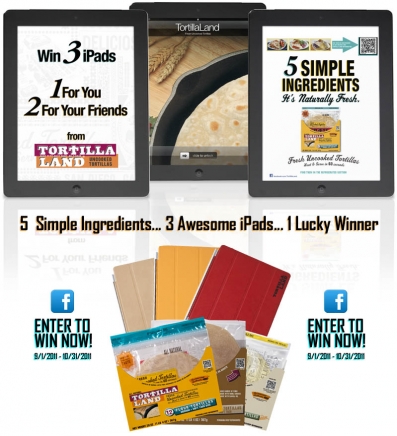 8. TORTILLALAND: Fresh, uncookded tortillas from Circle Foods are different from pre-cooked tortillas that contain preservatives. Once consumers try TortillaLand, they swear by their superior fresh taste and say they’ll never go back to buying the pre-cooked kind again. But the brand has low awareness. TortillaLand created a social sweepstakes where the prize was 3 iPads (1 for you/2 for friends).   The objective was to boost the Facebook Fan base of 900 and create a database from entrant to receive additional offers and news of store availability. The sweepstakes boosted the Facebook base 7X in two month. It created 10,000 person database who now receive regular emails and show a 50% open rate . The database also serves as brand community for market research and new product ideas with a significant ROI versus traditional methods like focus groups. 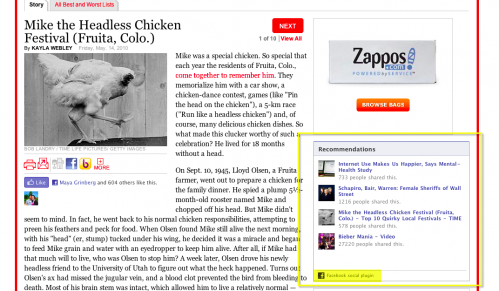 10. ZAPPOS: Ran a unique sweepstakes with a chance to win a $500 voucher for use at Zappos, but only after entrants visited the online store and put together a list of the items that they would purchase with the winning money. This encouraged 1000’s to visit the Zappos site with list of their favorite items on Zappos which increased purchases (although Zappos did not release the exact sales increase).
We’re big believers in the business effectiveness of social media promotions. We did the TortillaLand program for Circle Foods and see it for ourselves.
Do these case studies prove the ROI of social media promotions to you?