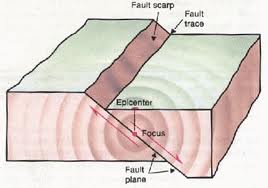 In 1899, the first edition of Who’s Who in America was published.  Its’ purpose: To profile leaders influencing the nation’s development. For a long time, we’ve accepted third-party authorities to tell us who influences and who matters.
When Klout was launched in 2009, it quickly became the authority for Who’s Who in social media. It used data from Twitter and Facebook, then LinkedIn, Foursquare and YouTube, to measure a person’s influence across their social network. Authority is better if it’s earned rather than assumed. Does Klout deserve to be the authority?
Here are 6 foundational faults with Klout.
1. A ROLE NOT CLEARLY DEFINED: Klout assumed, not earned, the position of “Standard of Influence” (in social media). They said they “measure influence based on your ability to drive action.” What action? Unlike Who’s Who that says it looked for actions that prove influence on our nation’s development, the action Klout drives is not clear, nor does it result in real positive change.
2. SELLING OUT: A benefit to Klout is you can get Klout Perks. They get “distributed to select influencers based on their topics of authority, location and score.”  Isn’t that discriminatory and doesn’t it encourage people to sell out?
3. NO CASE STUDIES: On this blog, we promote the business value of social media to brands. You can find close to 100 case studies that prove social media ROI (see related posts at the bottom) based on hard sales measurements across every business sector (e.g. B2C, B2B, profit, non-profit) and social network (e.g. Facebook, Twitter, LinkedIn, YouTube, blogs). After two years, we can’t find one substantial case study from Klout. Hmm.
4. GAMING AND MANIPULATING, NOT INFLUENCING: But, with very little searching, we can find plenty of anecdotal stories from people who have gamed the system like this one from a researcher who set out one week to drive up her Klout score and, with very little effort, did.
5. UNEXPLAINED GLITCHES: In late October, Klout launched a new algorithm. To many of us, it not clear why except it caused a dramatic and unexpected decrease in the Klout scores to most users. At about the same time, Google announced it reworked its algorithm to give greater importance to recency of content because so many people now look to social networks for the most recent news. We all got it and it made perfect sense. Can anyone explain the new or old, for that matter, Klout algorithm?
6. SOCIAL MEDIA SHOULDN’T BE ABOUT KEEPING UP WITH THE JONES: Do we need a status symbol for participating in social media? Shouldn’t we just do it because we enjoy it.
This week, the Pew Study came out with findings about how we use social media: